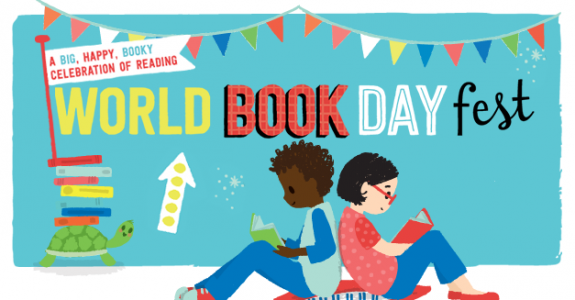 Here at Panache we are not just passionate about lingerie, many of us are avid readers too! So in honour of World Book Day 2015, we have rounded up some book recommendations from people at the Panache Head Office.

Me before you by JoJo Moyes.

This is a really well written book. A romantic story, but in a different way with a lovely but soooo sad ending. Tears pretty much guaranteed!

“What Lou doesn’t know is she’s about to lose her job or that knowing what’s coming is what keeps her sane.

Will Traynor knows his motorcycle accident took away his desire to live. He knows everything feels very small and rather joyless now and he knows exactly how he’s going to put a stop to that.

What Will doesn’t know is that Lou is about to burst into his world in a riot of colour. And neither of them knows they’re going to change the other for all time.”

The Black Echo by Michael Connelly.

Although a slightly cliché narrative, it’s a great piece of written literature that deserves merit just for the articulate skills of the author. It’s a must-read for any crime thriller fan, as is the whole Harry Bosch series.

“LAPD detective Harry Bosch is a loner and a nighthawk. One Sunday he gets a call out on his pager. A body has been found in a drainage tunnel off Mulholland Drive, Hollywood. At first sight, it looks like a routine drugs overdose case, but the one new puncture wound amid the scars of old tracks leaves Bosch unconvinced.

To make matters worse, Harry Bosch recognises the victim. Billy Meadows was a fellow ‘tunnel rat’ in Vietnam, running against the VC and the fear they all used to call the Black Echo. Bosch believes he let down Billy Meadows once before, so now he is determined to bring the killer to justice.”

PS, I Love You by Cecelia Ahern.

Cecelia Ahern is one of my favourite authors. The story is so sad but so beautiful, I think I cried most of the way through it.

“Everyone needs a guardian angel…

Some people wait their whole lives to find their soul mates. But not Holly and Gerry.

Childhood sweethearts, they could finish each other’s sentences and even when they fought, they laughed. No one could imagine Holly and Gerry without each other.

Until the unthinkable happens. Gerry’s death devastates Holly. But as her 30th birthday looms, Gerry comes back to her. He’s left her a bundle of notes, one for each of the months after his death, gently guiding Holly into her new life without him, each note signed ‘PS, I Love You’.

As the notes are gradually opened, the man who knows Holly better than anyone sets out to teach her that life goes on. With some help from her friends, and her noisy and loving family, Holly finds herself laughing, crying, singing, dancing – and being braver than ever before.

Life is for living, she realises – but it always helps if there’s an angel watching over you”.

A Game of Thrones, (A Song of Ice and Fire series) by George RR Martin.

This is the first book in the series behind the popular TV series, but you don’t have to have watched it on TV to enjoy the books. The depth of characters and plot lines is simply stunning; all seven books are individual masterpieces.

“Summers span decades. Winter can last a lifetime. And the struggle for the Iron Throne has begun.

It will stretch from the south, where heat breeds plot, lusts and intrigues; to the vast and savage eastern lands; all the way to the frozen north, where an 800-foot wall of ice protects the kingdom from the dark forces that lie beyond. Kings and queens, knights and renegades, liars, lords and honest men… all will play the Game of Thrones.

The Kite Runner by Khaled Hosseini.

This is an unforgettable and emotional tale of redemption set in war-torn Afghanistan.

“Afghanistan, 1975: Twelve-year-old Amir is desperate to win the local kite-fighting tournament and his loyal friend Hassan promises to help him. But neither of the boys can foresee what will happen to Hassan that afternoon, an event that is to shatter their lives. After the Russians invade and the family is forced to flee to America, Amir realises that one day he must return to Afghanistan under Taliban rule to find the one thing that his new world cannot grant him: redemption.”

So, there are our recommendations, what are yours? 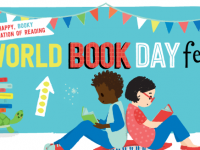