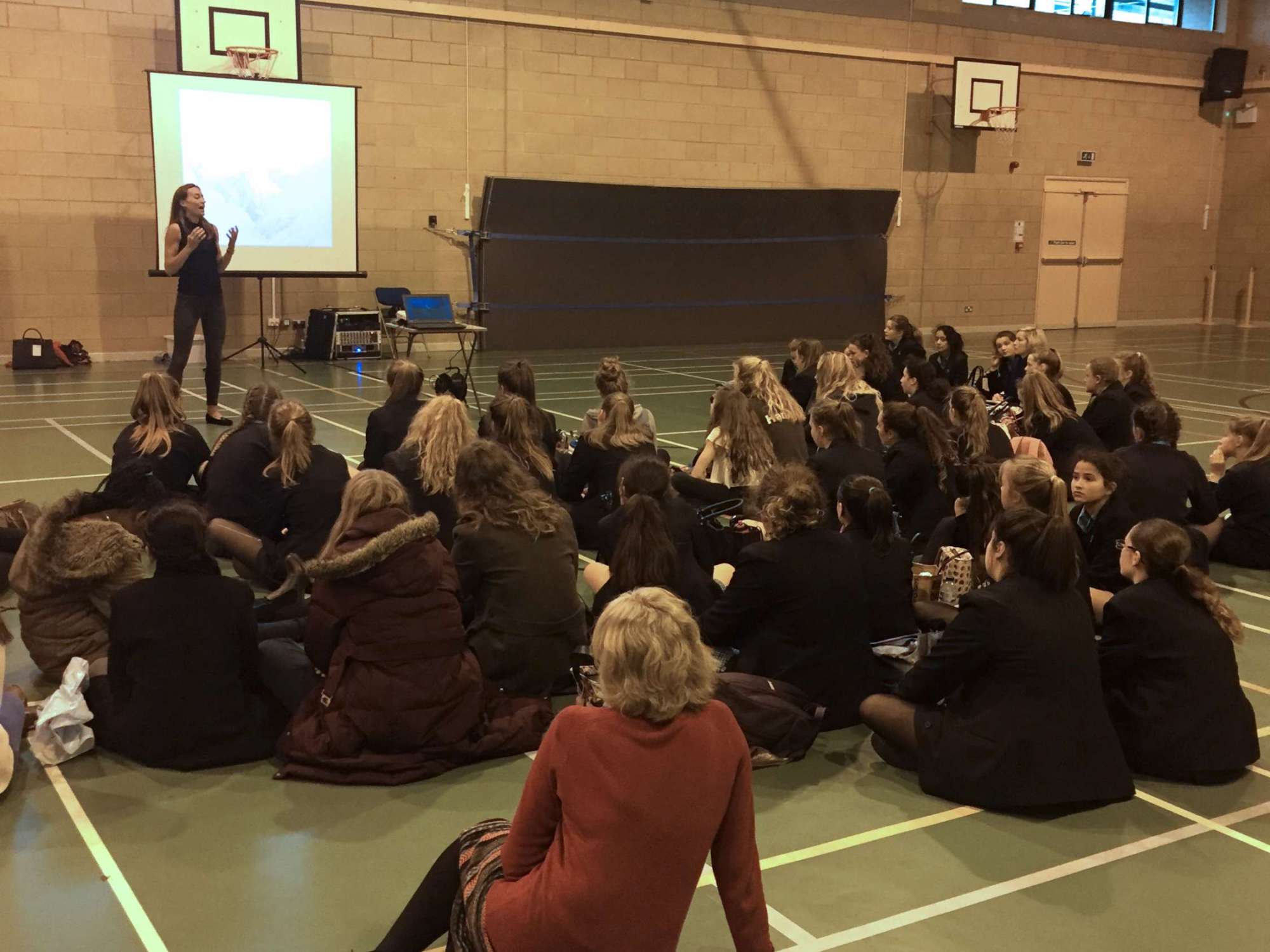 Panache may be an international lingerie brand, but we always remain close to our Sheffield roots. We love an opportunity to engage with schools and the local community, and as Bonita Norris, the face of our SS16 Panache Sports campaign is a kindred spirit (she travels around the UK giving talks to schools), we arranged some talks at local schools and climbing walls. The response we got from these 2 days was amazing, and here is what 17 year old Nadia Rickards had to say about that day. 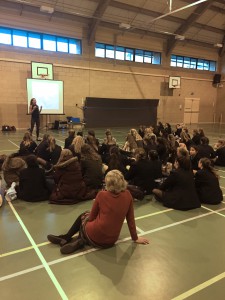 As part of Sheffield High School’s Wellbeing Week climber Bonita Norris, one of the youngest women to climb Mount Everest, gave a truly inspirational speech to the girls. Aged only twenty, Bonita had attended a speech given by someone who had climbed the mountain previously, and was inspired to attempt it herself. After only two years of training, she began the climb. On the 17th May 2010, Bonita reached the summit of the world’s highest mountain.
Bonita is now working with Panache Lingerie on their ‘Modelled by Role Models’ campaign. This movement aims to give girls role models that they can actually achieve; the women are not lingerie models, but people who have done inspiring things. Models include Rachel Elliott, a senior nurse who has been fighting Ebola in Sierra Leone, and Mica Paris, a British singer and presenter as well as an active supporter of the ‘No Means No’ anti-abuse and female equality movement. Bonita Norris expressed how impressed she was at the ideology behind the campaign. ‘When I was a teenager,’ she said, ‘there were no nurses fighting disease in Africa. Just models.’ The campaign raises the important issue of girls seeing only their bodies as important, when this simply isn’t true; it’s possible to be an inspiration without looking physically ‘perfect’.
Panache aims to keep their photographs as true to life as possible; ‘blemishes’ such as moles are clearly seen, curves and normal body features left to look natural. In her photographs for Panache, even super-fit Bonita looks like a normal woman. The climber also highlighted the importance of seeing yourself in the right way. She mentioned more than once how she had to push her body to keep going; she seemed to view it as a tool to get where she wanted to be; she wasn’t slim or fit because she had specifically decided to look ‘better’. Her physique was simply a side effect of her mental determination to climb Everest, showing that it isn’t what’s on the outside that counts.
‘Sometimes the biggest mountains are in your mind.’ was one of the many memorable quotes from the speech. Bonita used it in the context of forcing herself to keep putting one foot in front of the other whilst climbing Mount Everest; I see it as a phrase to help us keep pushing past the idea that physical appearance is all that matters. In the immortal words of Roald Dahl: ‘A person who has good thoughts cannot ever be ugly. You can have a wonky nose and a crooked mouth and a double chin and stick-out teeth, but if you have good thoughts they will shine out of your face like sunbeams and you will always look lovely.’ 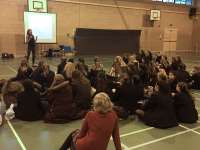