Women are wearing bras every day, but how many of us are unknowingly committing the ultimate bra sins – blissfully unaware? Your bras should be working for you, not against you, so check out our guide and go forth with this heavenly knowledge to never sin again.

One of the worst sins that we see is women wearing the wrong coloured bra. A black or bold colour bra under a white top shows and always looks unattractive. However, a white bra under a white top, especially if it is made of thin material, is equally sinful. When wearing light colours stick to a nude bra underneath to ensure no trace can be seen.

Equally, a white bra under a black top may not show through at first, but under bright light your bra will shine through and cause embarrassment. A nude bra works just as well under black as it does under light colours; alternatively, always try to match your bra colour to your clothing to ensure you’re never guilty of this sin. 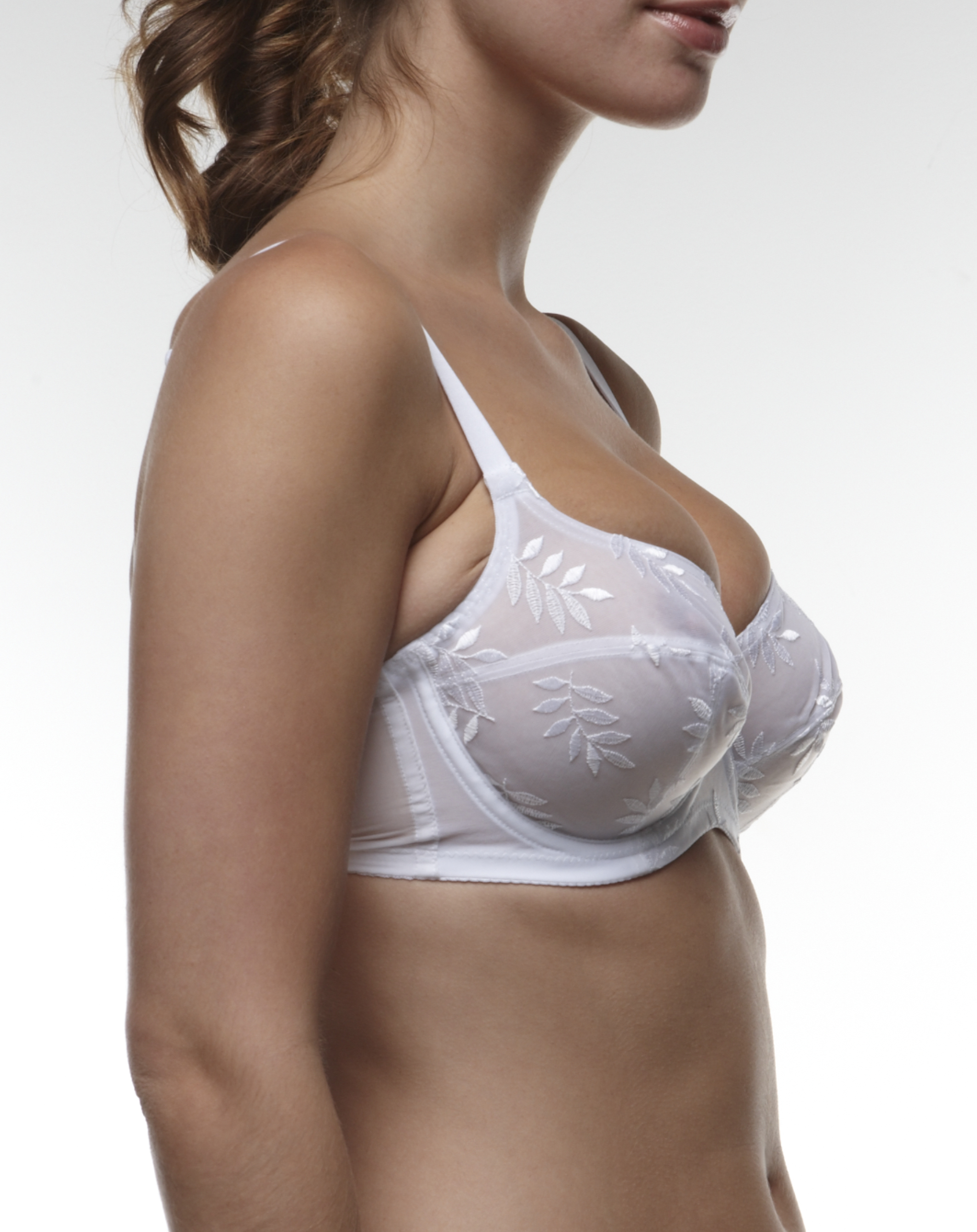 You know that we’re big champions of a properly fitted bra here at Panache, so for us this is the ultimate sin. Wearing an ill-fitting bra can cause all sorts of unsightly problems such as the dreaded double boob caused by too small cups, or the opposite issue – gaping or unsmooth bra cups – caused by wearing a cup size too big for you. Make sure to get fitted properly if you think you’re wearing the wrong size, or check out our Bra Fit Wizard.

Although we suggest that you usually keep your bra covered in polite company your bra straps are a bit of an exception to the rule. When you’re wearing strappy or sleeveless tops it is almost impossible to avoid a bra strap sighting, so make sure that yours aren’t discoloured, tatty or fraying if they might be spotted.

Depending on the frequency of wear and how you wash your bras, they will only last around 6 – 9 months before they begin to lose support and elasticity. Wearing an old bra can result in sagging boobs, so make sure to replace your bras regularly and where possible hand wash your delicates to retain support.