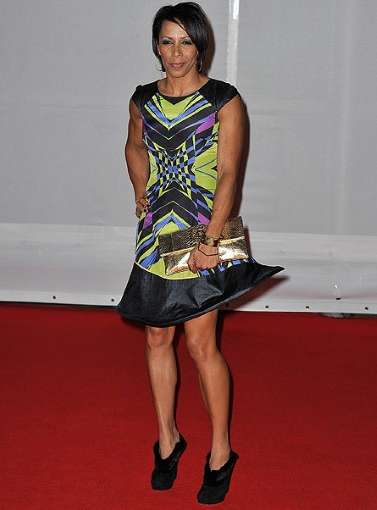 The UK – and the world – is going sports crazy this year; for the latter half of 2012, we know you won’t be able to move for all the brilliant sporting-themed events that’ll be happening! We thought we would celebrate this spectacular show of talent and strength with a focus on some of Britain’s top female athletes and their style.

You might immediately think that an athletic body shape would be difficult to dress, but Britain’s female athletes prove that being top of your field in the sports and fashion stakes is possible. This week, we start with Dame Kelly Holmes.

Born in 1970, Kelly Holmes started running at the age of 12 and has gone on to become a household name in the field of athletics, winning two gold medals at Athens in 2004 and simultaneously breaking the 1500m British record. Since her numerous medals and awards, she has gone onto be made a Dame Commander of the British Empire and supporter of numerous charities. 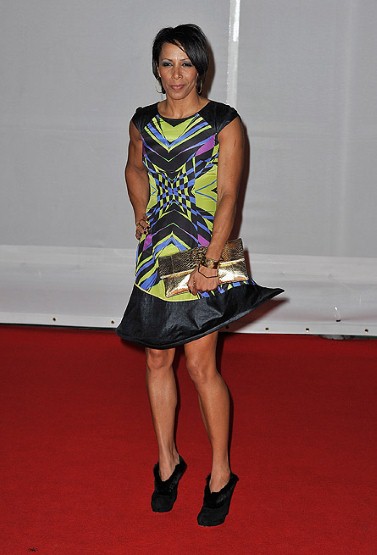 This incredible woman also knows how to dress to show off her athlete’s figure. Kelly Holmes, thanks to her fitness regime has toned, muscular arms – a small short sleeve or soft cap sleeve accentuates her muscles while softening the overall look. Sophisticated and flowing silhouettes are also great for formal wear; her lithe physique can carry off these shapes that might look a little harsh on other people. Strong patterns or interesting textures can also look very effective on athletic figures, although not everyone can pull of something as dramatic as some of Kelly’s outfits! Contrasting matt and shiny textures, or bright colours, helps to liven up a clean and simple silhouette while still showing off that slim, toned figure.

Small details, like jewellery and accessories, can also really make or break a glamorous outfit for athletic figures. Kelly wears delicate, sparkling jewellery, natural makeup and softly swept hair to make sure that she keeps her look feminine, with co-ordinating and unobtrusive accessories. Don’t forget, too, that a good, well-fitting bra is essential for a perfectly sleek silhouette. We know that sportswomen need to wear a fantastic sports bra when training, but they don’t skimp on their everyday bras either! 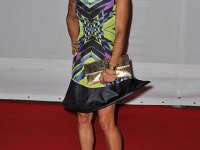